How A Good Ol’ Crisis Revived My Crushed Business Dreams 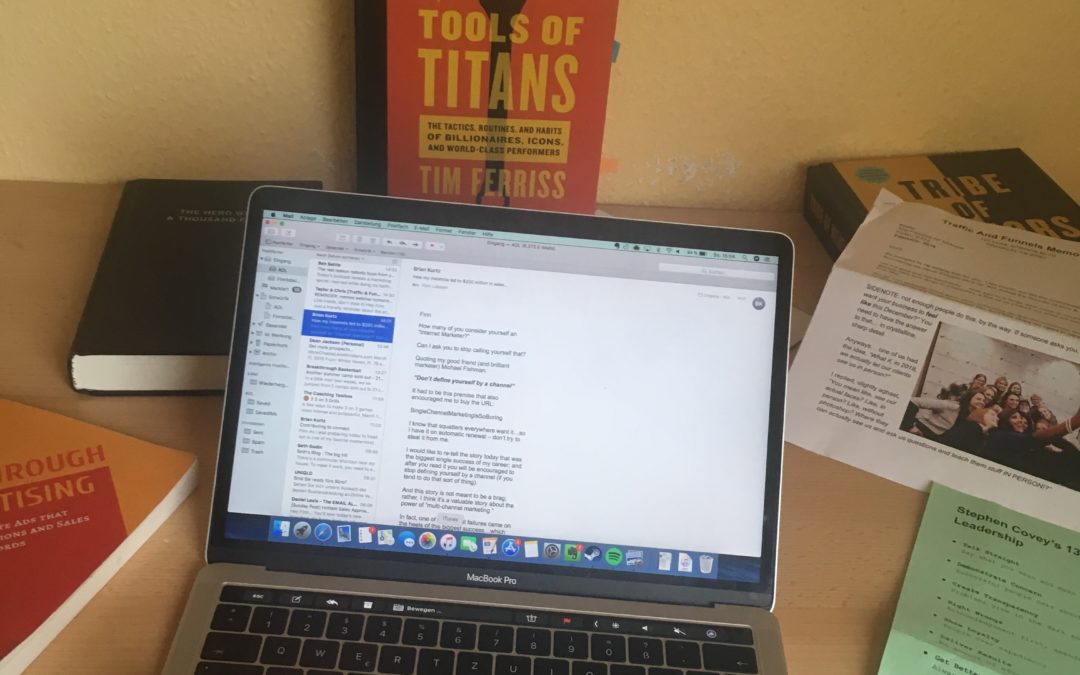 Years ago, I read an article by the phenomenal blogger Mark Manson.

While I can’t recall the subject I was reading about, I *do* recall how he talked about his lifestyle:

Running a location-independent business and traveling the world.

“WOW” I thought to myself. It felt like a new door opened in my mind. I had NO idea this was at all possible.

As somebody who loves independence, it sounded like he greatest thing ever.

I told my parents, neighbors, friends etc. that this was my dream…

…only to get the same response most of the time:

“Well, you’ll have to work in a job for years before you can have that.”

Fast-forward to August of 2016 and I just founded a location-independent business. I have what I dreamed of:

1. I was making money running my own business.

2. There was no boss hovering over me like a police helicopter.

But instead of living the free life I dreamed of, I built my own prison:

I faced anxiety, BIG time. There was always something to do. I never felt like I was “done”. I had no guilt-free free time. And I always compared myself to people who were doing better than I am.

I didn’t travel. I didn’t see any new places. I became lonely cause all I did was working on the business.

Things improved a bit when I worked on productivity and management skills, but there’s nothing like a good ol’ crisis, right?

My crisis was actually NOT a crisis, as I later discovered.

On march 2nd, 2018 (about a week ago at the time of this writing), I traveled all over the Netherlands.

Travel isn’t exactly known for being a productive time…

I won’t lie: I was scared sh*tless that I wouldn’t get things done and that bad things would happen to my business.

I got all my work done. Hit the deadlines.

What did I learn from this?

As it turns out, Parkinson’s law holds true and you can chill out. Work fills out as much time as you reserve for it. You *can* get most tasks done MUCH quicker than you think. You’re smarter, faster, more effective and efficient than you usually are.

If you can find a way to tap into the energy you can leverage in a squeeze, you’ll be amazed what you can do (I only re-discovered this a few days ago).

My dream isn’t dead. It’s just a few clicks and a few hundred miles away. Every second of the day. It’s not even “in my reach”. It’s literally in my pocket.