2 Ways To Get To Rule A Kingdom, Which One I’m Going And Why You Should Too 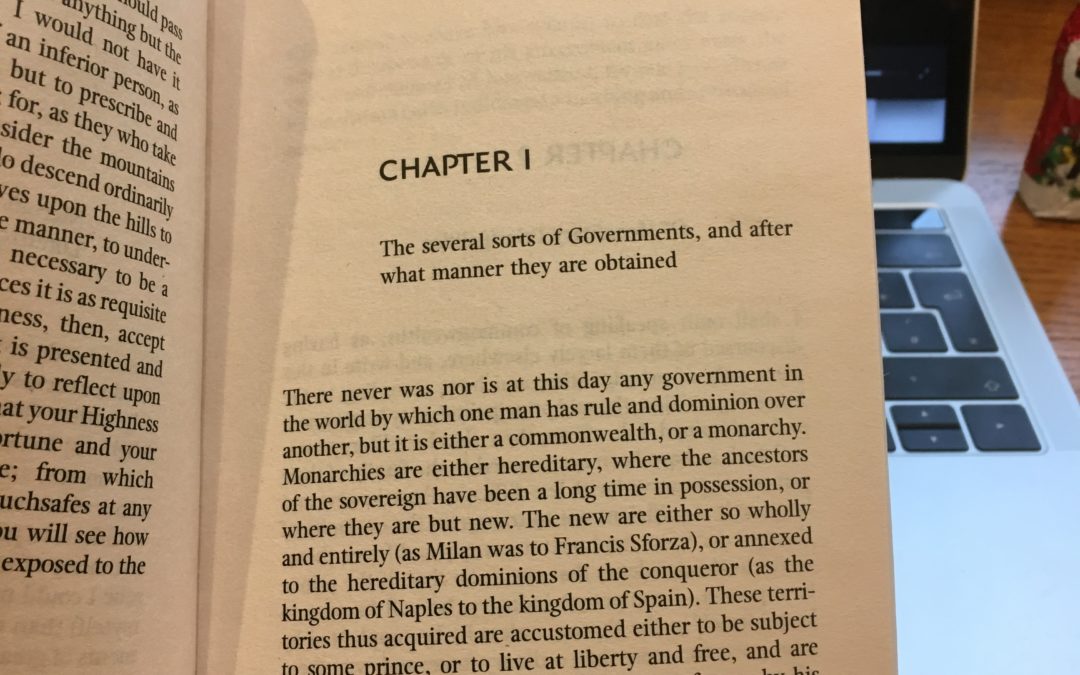 If you’ve ever googled for a list of “must-read books” or similar, you’ve been told to read this book.

Today, it’s seen as a dark manual of manipulation, the evil politician’s handbook, something you’ll get weird looks for when reading it.

Yesterday, while figuring out a new focus for my freelance business, I needed a new point of view.

So I went around the corner to an English bookstore here in Budapest, looked around and purchased “The Prince”.

Machiavellis first, short chapter (pictured) revealed an important insight you can use to shortcut your way to the top without chasing the same clients as everybody else.

Sometimes, there’s no direct king, rather a “royal family”, where a few leaders compete…

…but for simplicity’s sake, let’s say there’s always a king of each market (or kingdom).

“Monarchies are either hereditary, where the ancestors of the sovereign have been a long time in possession(…)”

This is the first way to become king: You inherit the kingdom. You’re in the royal family, and you wait until it’s your turn.

To bring this back You operate your business and until you’re handed the baton. Wait until the current leader goes out of business or retires so it’s your turn to be “the big dog”.

A bit in Machiavellis first chapter reveals something interesting for you and me:

“(…)or where they are but new. The new are either so wholly and entirely(…)”

Now, this sounds interesting to me! You might be *a little* less excited about this half-sentence.

But bear with me.

Here’s why I love this bit:

This means you can create a new kingdom and be its ruler—immediately!

Now, to do that in Machiavelli’s times, he would’ve had to find some real estate with no ruler, pillage a few towns and invade uncivilized tribes.

Luckily, it’s 2017, we have unlimited space thanks to the internet and there’s no reason to pillage peaceful villages.

So cut out the whole invasion part and get to the core:

I’m figuring out how to create my “kingdom”, my own market right now.

So some time in the near future, I will be posting about how I found my market and became the king of it.

Until then, I need your help.
Comment any help you can give me or what you think is unique to my posts